South Sikkim lies at an altitude of 400 to 2000 metres and has a temperate climate for most of the year.South Sikkim is the most industrialised district in the state, owing to the availability of flat land. Since the geology is stable the roads are in good condition as compared to other parts of the state which suffer from landslides. The district is also known for Sikkim tea, which is grown near Namchi.Namchi is fast becoming a major tourist spot and a pilgrimage centre. The Namchi Monastery, Ralang Monastery and Tendong Hill are important Buddhist pilgrimage centres. The world's largest statue (at 118 feet) of the Buddhist Padmasambhava, also known as Guru Rinpoche, the patron saint of Sikkim, is on the Samdruptse hill (The Wish Fulfilling well) opposite Namchi. It was completed in February 2004. 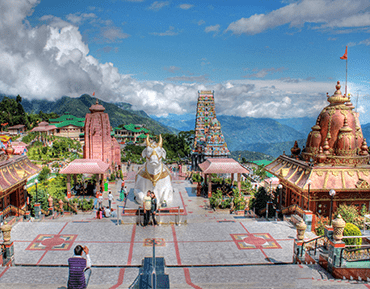 Namchi is fast becoming a major tourist spot and a pilgrimage centre. 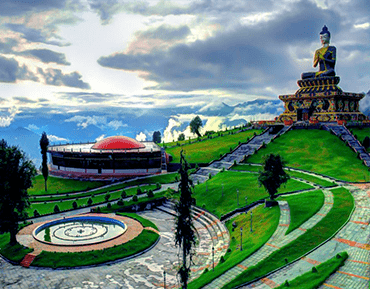 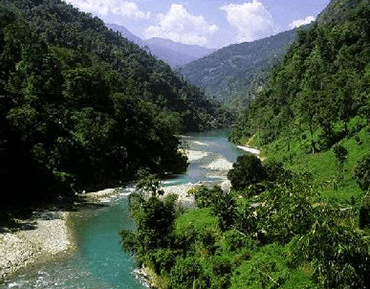 Jorethang is a major town in South Sikkim district.Jorethang lies on the Rangeet River.